The GAP Taskforce on Youth Transitions was established in October 2018 to contribute to the NSW Curriculum Review announced by the NSW Government earlier that year. The Taskforce was asked to explore school-to-work pathways – an issue crucial to the success of the Review – and offer expert advice and specific recommendations to the NSW and Australian Governments.

The Taskforce submitted two broad policy proposals. The first is to extend the concept of recognition of prior learning from the vocational to the academic aspects of the senior secondary certificate of education, to allow more seamless matriculation and reduce the undue dominance of the Australian Tertiary Admission Rank (ATAR) in student choices. The second is to explore new models of career advice in secondary schools to help students navigate an increasingly complex range of post-high school options. 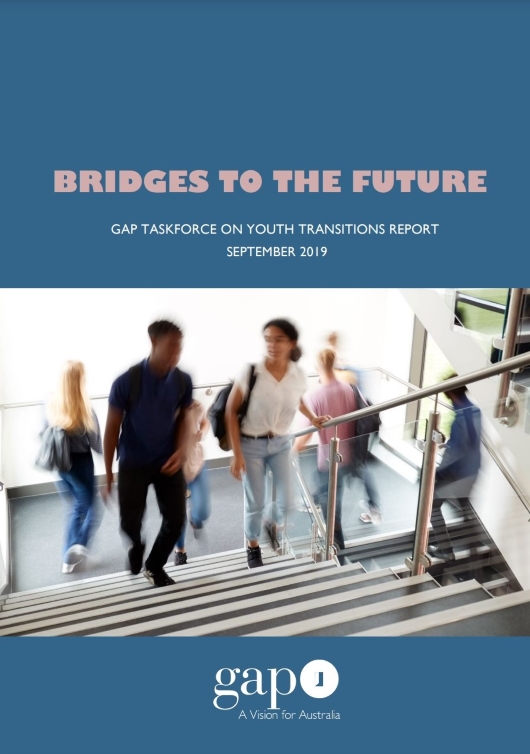 BRIDGES TO THE FUTURE

The following report, launched on 19 September 2019 at NSW Parliament House during A Vision for Australia: GAP 10th Annual Economic Summit’s opening dinner, details these proposals and the discussions which led to their development. 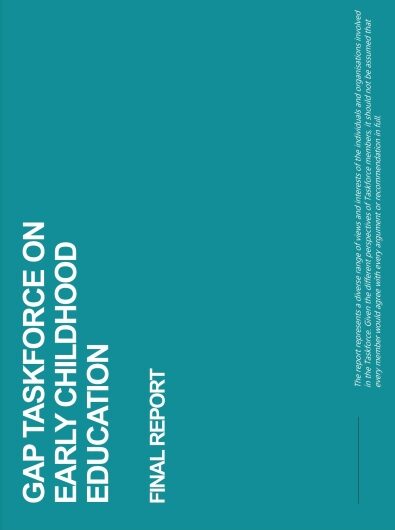 More than one in five children in Australia are vulnerable to falling behind in at least one of five key developmental areas when they begin school. For Indigenous children, the number rises to two in five. And while funding for early childhood has been increasing, the gap between children in most disadvantaged and least disadvantaged areas has continued to widen since 2009.

On 4 October 2016, the GAP Taskforce on Early Childhood Education released its recommendations, outlining eight specific ways to improve the system and help vulnerable children and the broader community. The Taskforce, supported by the Department of the Prime Minister and Cabinet, NSW Department of Education and NSW Family and Community Services, reviewed existing ECE policies and best practices and explored how the current pool of government funding could be used more effectively. 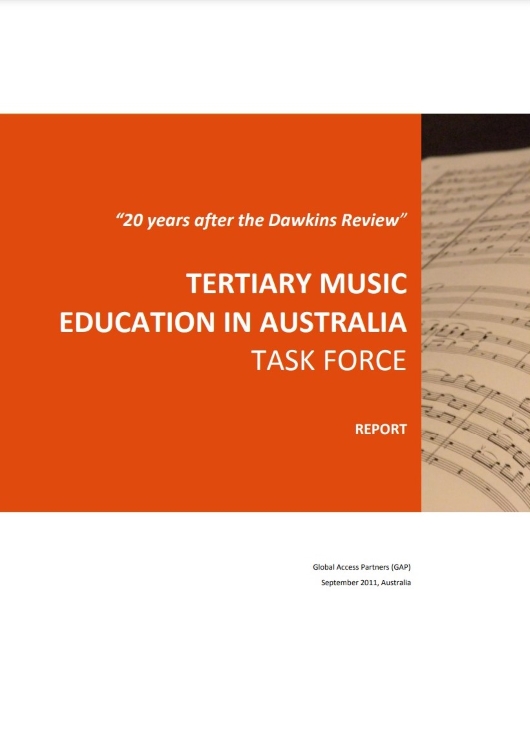 In early 2011, GAP assembled a high-powered group of senior representatives from academia, the artistic community, government, business and not-for-profit organisations to examine the current state of tertiary music education in Australia. The group assessed the repercussions of the major structural change which occurred when conservatoria were amalgamated with universities as part of the Dawkins educational reforms in the 1990s. It reviewed proposals for reform recently put before the Australian Government and addressed specific challenges facing the sector.

The Taskforce’s final report, released on 4 October 2011, sets out how Australian tertiary music education can be revitalised at relatively little cost to the benefit of the cultural and economic health of the nation.